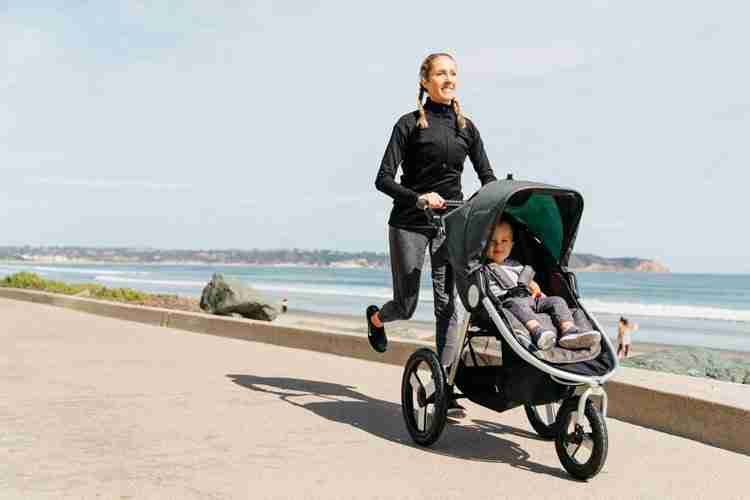 Pregnancy for me was tough. Not in small part due to the fact that I had terrible aches and pains, and by the end of it, felt like I could barely walk around the house, let alone run. The idea of freely running felt like a dream!

So after having my baby, I was itching to get back out running as soon as possible. I started core strengthening from week 4 and patiently waited until that 12-week mark before going out on my first run. At 12 weeks, I felt strong and confident to run. It was wonderful to put my sneakers on, leave the house (and baby in dad’s capable hands), and actually run! However, I quickly realized that things were not the same as they were pre-pregnancy.

Not only had I lost a lot of my fitness, but things just felt ‘different’ and much harder now. This didn’t exactly shock me – as a physio I’ve worked with enough women to know the changes that occur postpartum – but it’s still a confronting realization when it happens to you, especially as someone who is used to feeling very capable in their body.

Unfortunately in society, we’re often fed an overly optimistic (unrealistic) narrative about postpartum. A notion that after 6 weeks, you’re back to ‘normal’ and you should be able to get back to doing what you were doing pre-pregnancy. Now, don’t get me wrong – I think the human body is remarkably good at healing and re-building strength and fitness, but let’s be realistic here – your body has gone through a traumatic experience – you literally grew a human and gave birth! Let’s not downplay how incredibly taxing that is on your body. I assure you, it takes more than 6 weeks to recover from that!

Running after having a baby is great (mentally and physically) but I am constantly surprised at the lack of credible information that exists about the reality of postpartum running. Here are 5 things you may not realize about running after you’ve had a baby.

1. Your ligaments are still loose

Say thanks to those hormones! In particular, the hormone relaxin which surges during pregnancy and then sticks around for many months postpartum. It’s an important hormone that helps loosen your joints and prepares your body for childbirth. After you have your baby, the amount of relaxin slowly declines but it can take up to 12 months to get to pre-pregnancy levels (especially in women who breastfeed).

These elevated levels of relaxin cause your joints and ligaments to remain extra flexible and loose during postpartum. You’ll probably notice you have more movement in your hips and back than you’ve ever had before.

While there isn’t much we can do about the hormone levels, we can support our joints by strengthening the muscles around them. This is one of the key reasons we strongly recommend postpartum runners focus on strength training before increasing their weekly running mileage.

Another pesky thing about relaxin – it can loosen the supporting framework of your feet. This means that your feet might become flatter and wider.

If you put on your old trusty running shoes and they suddenly feel tight and uncomfortable, don’t worry it’s not the pregnancy swelling hanging around, it’s the new structure of your feet. And, it is a sign that you need a new pair of running shoes.

Visit your local running store and try out some new shoes, you might need to go a size up, or try shoes that have wider sizing options available.

3. Leaking urine is common, but not normal

Urinary incontinence postpartum is not uncommon – studies show that approximately 30% of female runners report it. Unfortunately, because it’s so common women often talk about it as an inevitable side effect of childbirth. One of those things that you just have to deal with. But that’s not true! Urinary incontinence is treatable. For many women, it’s something that can be fixed.

If you’ve started running and notice that you’re leaking urine, whether it’s a little bit or a lot, please don’t ignore it. Visit a physiotherapist who specializes in treating the pelvic floor. They will be able to do a thorough assessment and guide you through your treatment options.

Our postpartum program is also specifically designed to strengthen your core and pelvic floor. Exercise is the most effective way to treat mild to moderate urinary incontinence and should be the first treatment option for postpartum runners.

If you’re breastfeeding, you’ve probably already noticed that you’re really thirsty all the time. Producing breast milk requires a lot of water that you’ll need to constantly replenish. Running increases that demand even more! You’ll probably find you need to drink 2-3 times more water throughout the day than you did pre-pregnancy. This becomes even more important on days when it’s hot and you’re sweating more.

Get yourself a large drink bottle and carry it around with you. Before your planned run, make sure to drink water, and when you return, drink lots more!

Back in my pre-baby days, I used to slip on any old sports bra and go out on my carefree run. Oh, those were the days. Not any more. I quickly learned my lesson after my first attempt at running with a lightweight bra on – ouch!

One of the best investments I made postpartum was in good-quality nursing sports bras. These bras are no joke and well worth the spend – they are super supportive, have clips in the front, and clips in the back! Absolutely necessary for running postpartum if you don’t want to be holding on to your boobs while you run.

Along with a good sports bra, timing your runs around feeding is essential. It requires a bit of planning but feeding my baby just before I run means that (1) my boobs have less milk so I’m more comfortable and (2) baby is fed so there’s less risk of leaving dad with a screaming baby. Win, win! 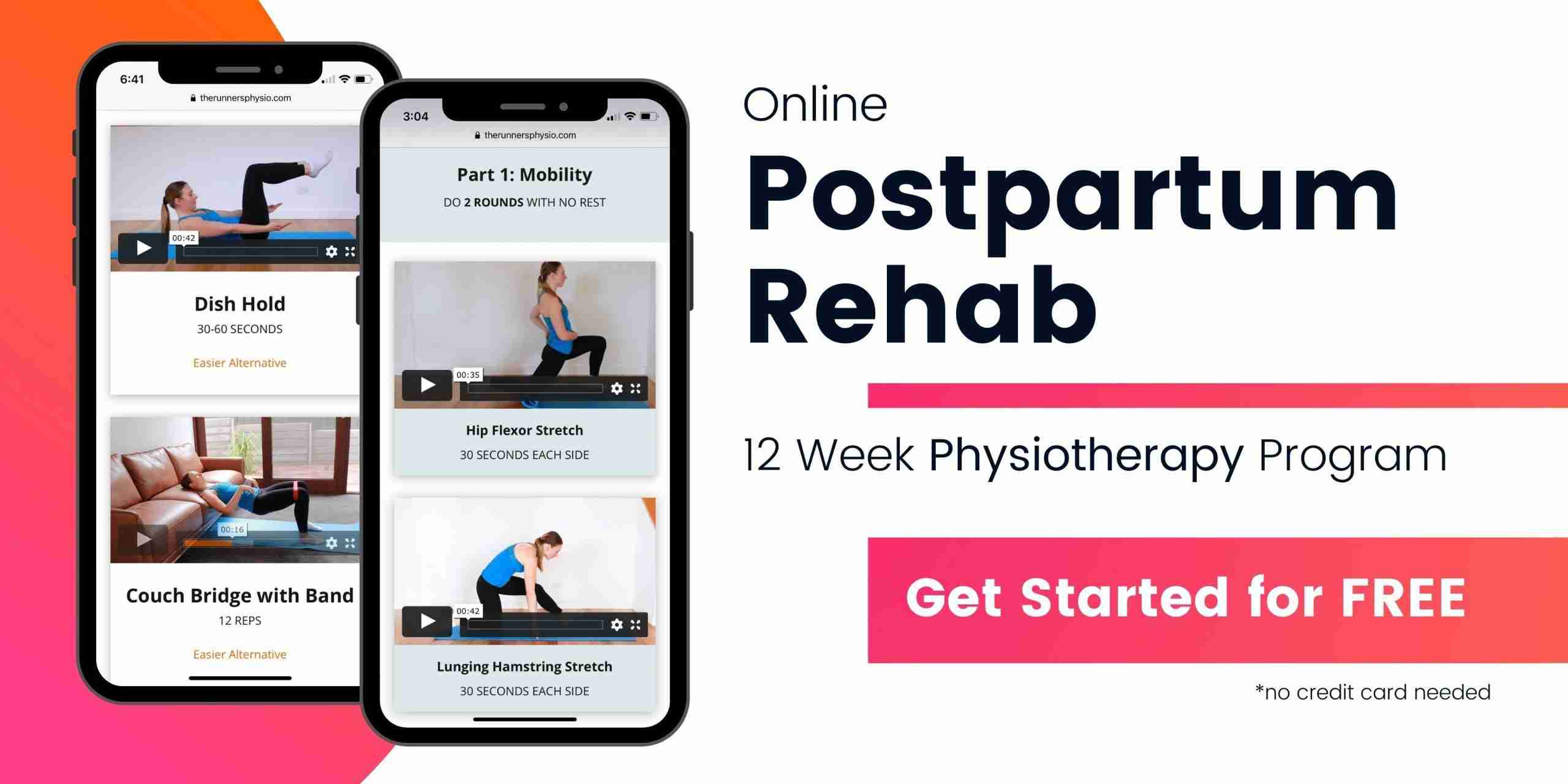 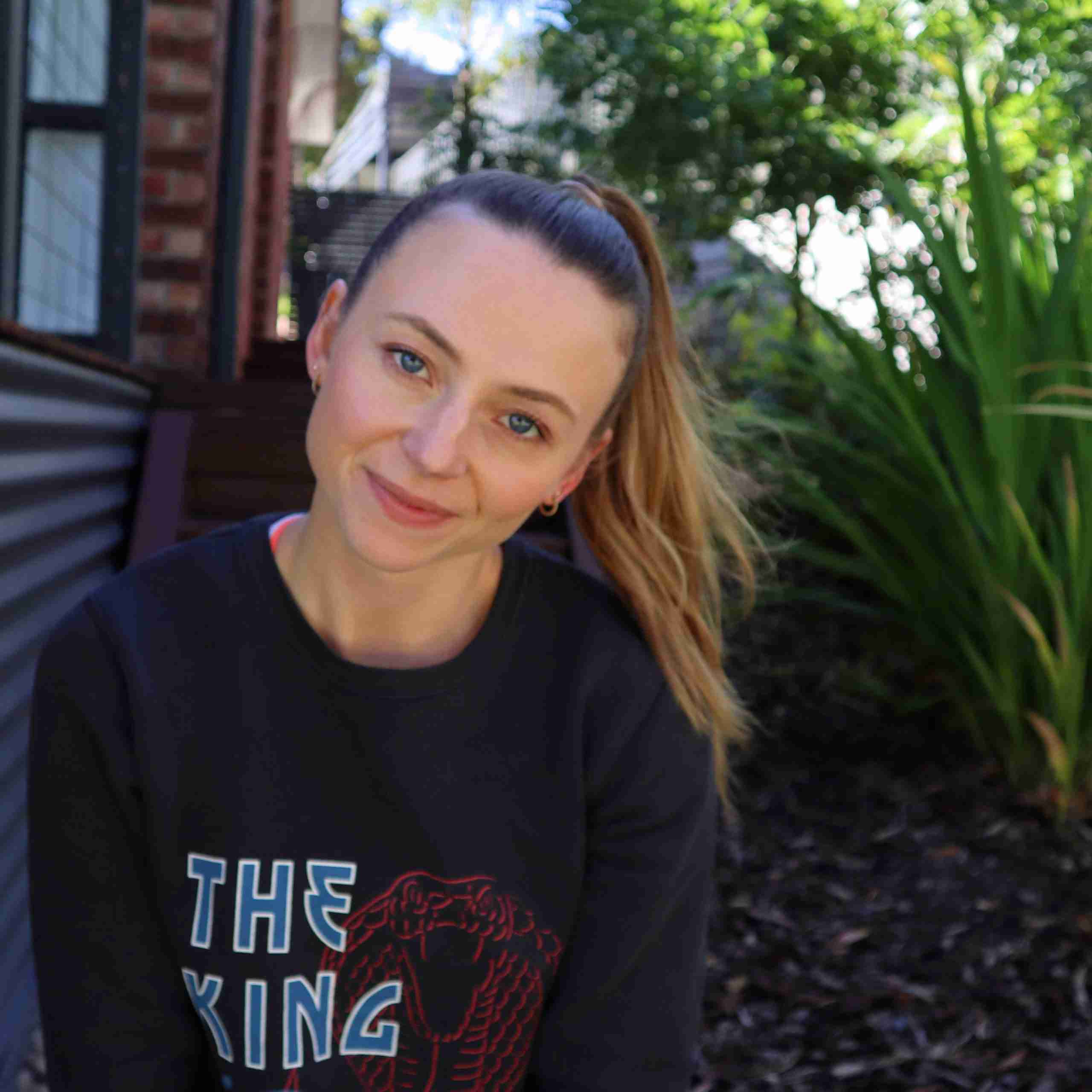 Founder and lead Physiotherapist behind The Runners Physio.

In 2016, Alina started The Runners Physio with a mission to give runners better access to injury prevention and treatment options online. Her simple but effective approach to injury rehab has successfully helped thousands of runners overcome injury and get back to running faster and healthier.

As a keen runner and new mother herself, Alina knows all too well the challenges of running postpartum (and the joy of getting out of the house and moving your body!). She’s passionate about sharing her knowledge with other postpartum runners and helping women return to the sport they love while staying injury-free.